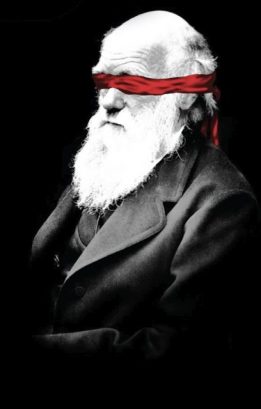 Make the lie big, make it simple, keep saying it, and eventually they will believe it. –Adolf Hitler

Evolution is widely accepted as fact and is taught in our schools as a dogma. This can be problematic if we are leading people away from God and towards a lie.

If evolution is true, than the God of the Bible is False. We would do well to examine the claims and evidences made by evolutionary scientist.

One way of disproving (macro) evolution is the plain and simple fact that is it contrary to the Bible. Since the Bible IS the Word of God, we logically assert that God says that evolution is false. Christians have a standard for truth and if that truth source speaks on something, we must affirm it. Science can be wrong, God Cannot. Adam and Eve are said to be the first human beings and before them death did not exist (because death came through sin). Evolution requires death before man’s existence.

Another way of disproving evolution is by what is called “reduction ad absurdum” or reducing it to absurdity. If evolution is true than we cannot know it’s true. If humans came by naturalistic means and we are evolving, than we cannot know any truths we must assume that certain things are true before we even study evolution. For example: the scientific method, why is it true? The evolutionist must be a empiricist (all knowledge comes from sense perception) and if our 5 senses evolved how can we know that they’re reliable? Their world view should logically lead them to pure skepticism but instead they are extremely Dogmatic about evolution being necessarily true when their view doesn’t have room for Truth….. They must assume the validity of logic as well as the uniformity of nature.

Micro evolution is the only one that is 100% solid. We know if there were a dozen birds that got dropped off on an island foreign to them with seeds that had harder shells, than they are used to, eventually, they would end up with a larger or stronger beaked bird or the birds on the island would die out. What wouldn’t happen is the birds would grow hands in order to eat with them. In the former the birds already had to information in their DNA for beaks of different sizes and strengths in the later NEW information would have to be added in order for hands to come about.

Many contend that we cannot mix categories of micro and macro evolution. But they only make this claim on the assumption that they are correct in their views of evolution. It is true that you cannot have macro evolution without micro evolution, but you can have micro without macro.

Organic evolution I find fascinating, there was no one there to observe the origin of life it would have left no records of it happening the scientists are left to speculation. this theory of life coming from non life would have been no problem in the early 19th century when spontaneous generation was a normal belief. I also used to believe this when I was a kid. I thought when I left crumbs on the ground that they would turn into ants. Louis Pasture found this to be false and left a big question mark around the head of atheists on the origin of life. A theory that tried to suppress the truth of God arose, when scientists said that a spark may be caused life to come about. The closest this has come to having a SHRED of evidence is the “miller and urey’s experiment” but is not excepted by anyone because they only created one protein out of many that could lead to the possibility of life and they used the wrong gasses with a lack of oxygen (pretty important for life). Several possibilities have been offered since. This could possibly be the highest leap a evolutionist has to face: how can non-life create life? It’s like a skateboard creating a jumbo jet. The fact is, the simplest form of life is more complex than anything man made in size and function.

Cosmic Evolution is much the same as organic evolution, in that it is purely speculative but even more so. To even imagine a lack of space/time/matter boggles my mind to no end. Without space time or matter we are left with nothing. If I have an “empty” jar there is still MANY things actually in the jar. This boils down to: absolutely nothing creating absolutely everything. This would bring about an infinite regression of causes, but even then we would have to have a first uncaused cause (God).

Macro Evolution is where one type of animal turns into a different kind of animal. “kinds” can be hard to define, species is a man made naming designation and can’t be meant on what can or cant breed together because not all kinds of rabbits can breed within the kinds. an example of kind would be Dogs, wolfs, dingos, coyote etc. Noah put two of every KIND on the arc and not two of every species otherwise he would not be able to fit all species in the arc and from that kind would come all other kinds within that kind (micro evolution). Our DNA contains the instructions to make a living being. Between adaptation and genes we get every kind we see today. Macro evolution says that through slight modifications or mutations we (over time) move from one species to another or from the simplest of cells to the most complex of creatures. Mutations are cause by a mistake from the genetic copying of DNA that isn’t caught by the cell (which usually catches mistakes but not always) in all cases of mutation they never make a more successful creature most likely a slower more handicapped creature that is more likely to be eaten by a predator. Evidence for this is wide n range. Vestigial organs are said to be left over parts in us from a previous evolutionary process. It was once believe that we had 180 useless organ in 1890 but since 1999 that number has shrunk to zero but the argument is still being posed which such parts as our appendix (part of the immune system) and the tail bone (not left over from our former tail but sitting down wouldn’t feel good without it). Then we go to the fossil record in Darwin’s day they had many candidates for a transitional fossil (missing link) he wrote:

“Why then is not every geological formation and every strata full of such intermediate links? Geology assuredly does not reveal any such finely-graduated organic chain; and this perhaps, is the most obvious and serious objection which can be urged against my theory” – Charles Darwin, Origin of Species, Chapter 10

The facts are, that there is no proof for Darwinian evolution it is just a wide road of destruction to suppress the truth in unrighteousness.

For more on the scientific aspect of this (by people who are more qualified) visit: http://www.answersingenesis.org/get-answers 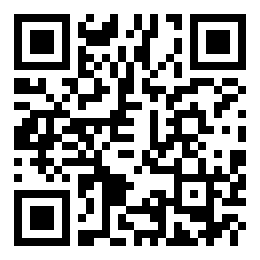